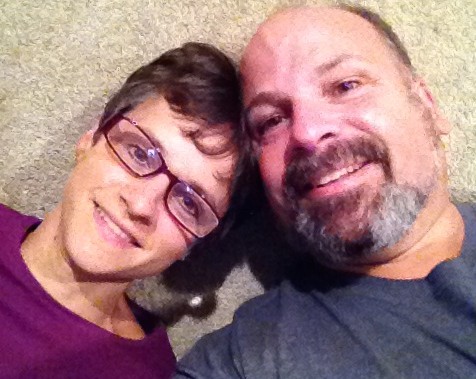 Owners John and Carolyn Green are parents of 4 children; 3 boys and 1 girl. Though much of their early adult life was spent working in inner city ministry, they have always enjoyed children, play, and music. They also value building community, health, and fitness. They see their life mission as “inspiring physical, spiritual, and missional fitness among families, individuals, and organizations.”

John has been an entrepreneur from early adulthood, launching an inner city mission in Chicago that still thrives today. John and his family’s move back home to Ohio was brought on by a desire to be with John’s elderly parents when it became clear in 2009 that their health was in rapid decline. John worked remotely for the ministry in Chicago, and then in a non-profit locally before deciding to create Cafe O’Play for children and families.

Carolyn has been a singer-songwriter for over twenty years, releasing five independent recordings along with her music partner Mike Choby under the name “GreenChoby.” She was a collaborator with John in his urban ministry for over 20 years.  In 2001 she added “Mom” to her many talents and in 2010 a passion for health and fitness led her to become an independent fitness coach with Team Beachbody. 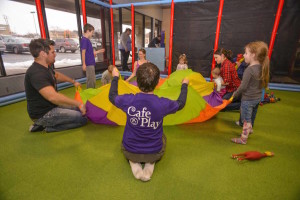 The Greens spent two years researching, planning, and developing the Cafe O’Play concept.  Since November of 2012, John has been actively engaged with IAAPA (International Association of Amusement Parks and Attractions), becoming a member and networking online with indoor play cafe owners throughout the world. He also is a member of NIPACA (The National Indoor Playground and Cafe Association). The Greens have personally visited over a dozen indoor play cafe’s around the country. John has attended week long trainings at “Foundations Entertainment University” and the “Midwest Barista School’s New Business Owner” workshop to increase his understanding of this business area. Carolyn is a “Birthday’s University” graduate having attended a birthday training class with expert Frank Price who has trained the party staff of Cafe O’Play.

The Greens live in Silver Lake OH and are active at Holy Family Parish in Stow where John serves as a Permanent Deacon.